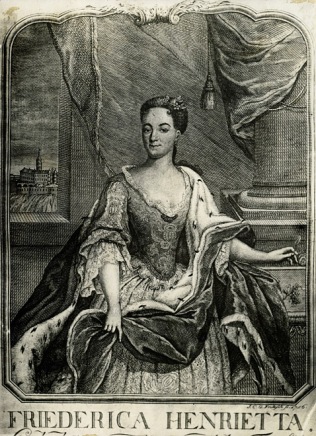 Bach completed three sonatas and three partitas which he called Sei Solo a Violino sense Basso accompagnato in 1720 when he was employed by Prince Leopold of Anhalt-Cothen as conductor and director of chamber music.  The prince was a calvinist, a church in which for services, only Calvinist psalms are sung, so there was no need for sacred music to be composed.  However, the Prince was a a violinist, viola da gamba and harpsichord player and employed a 16 piece orchestra and was devoted to music and was also quite a dancer!   The prince met and poached Bach at his sister’s wedding to Bach’s then employer, The Duke of Saxe-Weimar-Eisenach.   The former employer imprisoned Bach for about a month because of his sudden resignation.   During Bach’s tenure for Prince Leopold he wrote the six Brandenburg concerto, an orchestra suite, the six suites for unaccompanied cello, and the three sonatas and three partitas for unaccompanied violin.  Apparently the Friederica Henrietta, the spouse of Prince Leopold did not care for Bach’s writing, so while Bach was in good standing, he moved on to a different post in 1723.  Bach was then called back in 1729 to direct the music for the Prince’s funeral.

The Adagio from the Sonata in G Minor is a piece that is impossible to play or hear the same each time.   The work offers immense possibility of interpretation decisions for the performer and also places great demand on the audience for concentration and imagination to complete the musical experience.   I have played the piece off and on since I was fifteen and have recently accepted that I’ll never settle on one way to play it!

I will be performing The Adagio on March 22, 2018 at the Thursday Lenten Concert Series at 12:15 at Saint Stephen’s Church in Middlebury, VT.